I’m a wheelchair, who is more? 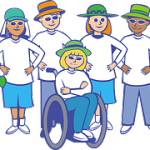 Dear Mrs. leader told me that the national supervisory authority ordered them to build a barrier-free entrance for wheelchair users. Had he not built and paid, of course, they threatened them niekoľkotisícová fine. The euro, of course.

Such steep ramps, built in places where them initially foreseen and which are not fit, that would not fit if someone raped environment in the city have been several. A significantly reduce the width and therefore the throughput sidewalks, railings protrudes into the path of pedestrians and totally awesome are inclined raids from the sidewalk into the street.

Why am I so irritated at first sight of useful things? That we did not understand me wrong, I’m not biased against the disabled, in need of wheelchairs. And even I do not want the car to the designated parking lot. The only thing that bothers me is the operated my spine.

You ask, what has damaged my plate to do with the wheelchair? If you do not have sick spine. And when you take it, like most older people, so it will be late, it will be everywhere ramps and ramps for wheelchairs.

Then in fact very easy to understand that when you are walking down the sidewalk, your spine is sensitive to any inequality. Just dent in an otherwise flat surface that you do not notice and in such pain došlapu you feel about what you had no idea that there may be. When you go down the sidewalk and above it will be tree branches low so that under them you can not go straight up, when you try to wrinkle or bend you so hurt back… And then you come to a pedestrian crossing and instead step over a curb that someone built everywhere skew the road… change the angle of the foot that hurts in the back that you crooked face. And we have summer, warm, no snow anywhere where you could poškmyknúť and fall. In doing so, your doctor crashing explicitly prohibited, because you can easily right out of that wheelchair ramps or curb adapted for wheelchair pay for neurosurgery operating table and you will be glad if you would ever walk again. 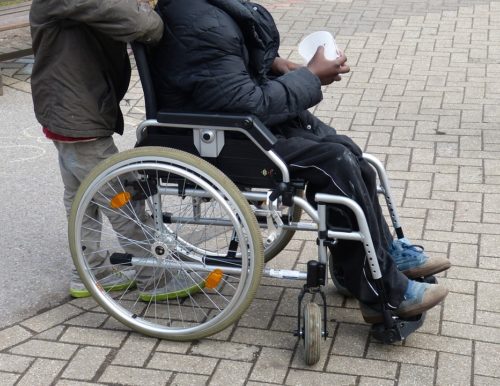 How much it is actually in wheelchairs? What share an interest in the company? In doing so, every trail, every shift, each literally crap is adjusted in order to take wheelchair users, which occurs here once a month, at the other side. If they had treated let’s say, a fifth of pedestrian crossings. But everyone! And what share of interest in the company chrbtičiari? How many people a day with sick spine goes through so treated lanes and intersections or ramps and in pain? On the one not it?

Keep straight paths for healthy and safe for people with comb-operated does not cost any money. But building a ramp for wheelchair users stand a nice pot of money. Every minute of money means for the nation 20% VAT. Companies rather than investing in what they need themselves, or to staff salaries (who still turn to buy, they need those bills no one not identified) must be invested in construction works. Just to comply with EU regulations.

And what are wheelchair users cook some superior to other people? They have greater rights, such as health or otherwise ill people? Why must people with the operated spine suffer every day because they are quiet and not to make them so much?

Is there a threat of accommodation price raise in Slovakia?

We are independent. For what?
This entry was posted in Uncategorized and tagged health, law. Bookmark the permalink.