Ten cents is not money? 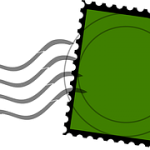 I do not go to the post office happy. For people who work there and for the system, which worked there. Since it is a monopoly but, so somewhere in that bed I have. What there but experiencing it is not a dream, it’s bizarre. Last two days ago, when I was given two sheets. The cat behind the window was perhaps a recent graduate, but it is not even an argument or excuse, it’s just finding.

“One of Gibraltar, please”, with these words provides a first envelope through a security window.
“Please?” Replied the surprised face behind a glass in front of them Chani spit angry customers.
“It is in Gibraltar,” I repeated. The cat is better to look at the address and in awe finds that the letter is not in some villages in Slovakia. Poštárka never not look at the address, just stick a stamp on straight.
“It is not even in Europe, is not it?” Confirms that registers what I just said and it goes through tariff.
“It is in the south of Spain, it falls within the UK but are from different EU tax laws” to inform young postal worker. Geography about postmen do not take to school.
“First class, right?” Asks a smiling approval.
“No, not necessary. It’s Time. ” Reply with not paying unnecessarily for something that does not need.
“It’s just a dime,” a young lady trying to get my permission to transport the letter first class.
“No thank you, no need. It’s Time. “Again I repeat his opposition.
“For ten cents?” He said the postal worker over by refusing to send the letter first class.
“Not really.” Definitively ends its position while team finally lose sympathy for Miss window.

Quite I understand that postwomen premiums may be paid according to how many shipments from first-class customer coax. Also understand that if they follow at work and want to be enjoined from customers obtain approval for first class. But I refuse to pay for something they do not need. Do I insist on the quality of the goods, if they want, but if anything I do not want or need it, do not pay a cent extra. They are a waste of money. Particularly at the post office. Invoice or it will lose a day or two, or shortly before, it does not.

What struck me, however, in young girls, was the attitude to those ten cents difference in service. As if it was nothing. As if it was nothing. Ten cents here, ten cents there. As in advertising. What is it fifty? It is money that I or most other people do not get free, they must earn them. And when you earn them and their nerozhadzujem. Or the postal worker has so much that he can not afford any time to pay ten cents more just for nothing? You get nothing for it? In this case I like give your account number or you’ll go for the bag desaťcentoviek each month personally ?

Most money are the ones that I did not have to make, because I do not need to spend.

Who earns the cheaper gas?

Three strikes
This entry was posted in Bussiness and tagged money. Bookmark the permalink.