We laugh of Chinese cars. How long?

From time to time in professional and popular magazines message appears on the new Chinese car and its danger to the crew. Looks stunning-great copy the successful model of the world, technology is a fault in the safety tests according to European criteria would not stand. It seems that everyone laughing from low-quality cars from China. Yet recently we rode on such same. Even worse, škaredších and less powerful.

It is not even so long ago, our country was full of innovative car brand Skoda 1,000 megabytes What an amazing progress and revolutionary concept, though virtually postwar Škoda Octavia car with front engine and rear-wheel drive with three-stage gearbox and a two-door bodywork replace them with modern car engine block of aluminum. What do you think, how in the famous crash tests stood eMbÉčKo? What is your opinion on the safety of Trabant and Wartburg?

Sure argued that it was fifty years ago. And you’ll be right. But the truth is also that the Chinese did not produce one model of car fifteen years, as in the so-called former Eastern Bloc. And it is true that they have a much larger test sample as fifteen million inhabitants of the former Czechoslovakia. And also they are producing cars in much greater quantities than it was dakedy long with us. 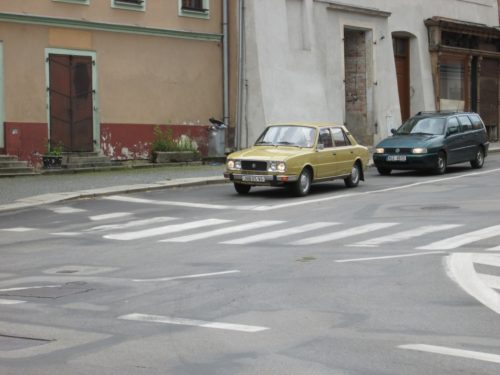 To sum it up, move faster and gain more experience in the production and use of a car as we were able to do. What was funny yesterday, today and tomorrow looks different it will be more advanced than we imagined. You only have to look at what progress has managed to do in a short time in the computer, or smartphone.

Throughout the seventies and eighties we all drove cars without the sheet metal galvanizing the bodywork without power steering or without airbags in the cabin. A lot of cars off the driving time today. And we have built on their republic. Why is it ridiculous to us that similar developments go through the Chinese?

European producers can only be overpriced and increasingly lower quality and poruchovejších cars are scared. Fear of the rapid progress of Chinese competition. First recorded decline in sales on the Chinese and Asian markets, and later on the European market. Of course, the politicians plugging enforce conservation measures to keep prices of domestic production and hinder the import from China. Sorts the emission standards required by the stars of pointless tests and other crap just to get rich families retain a high income, regardless of population.

Now worth question whether powerhouses China and Europe in automotive production. The question is when it will be.

This entry was posted in Bussiness. Bookmark the permalink.