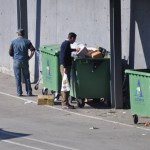 At each house or apartment block are waste containers. Mankind has developed more or less effective way of removing waste from their surroundings. But what it is waste for one may be the kinds of materials or raw materials. Now all I do not mean the system Recycling, talking about how homeless selection of containers in front of a block of flats in order to survive.

I once lived in a block of flats where the containers were right under our bedroom window. And sometimes I was in the summer when I slept in the open window, woke up to the noise of the containers. Homeless collect their pay early in the morning, just after dawn. I’m not sure, because there was not warm and the food was not decompose, or because they were afraid that someone else will overtake them. Certainly not garbage, they never went before seven in the morning.

Today, do not disturb me in the bedroom any way collectors containers. But I remained to work at home, you sometimes hear them through the window on the north side of the apartment. And I can not not look at who “buys in supermarkets” and how the reports.

It’s interesting to see different people in the same activity. I have experienced a pedant, which always comes in pure Working overalls quality mallet rummaged contents of the containers and catch, whether food or clothing or other more useful things in newish wore a backpack on his back. I would say that it was no homeless, but kontajnerista-professional. 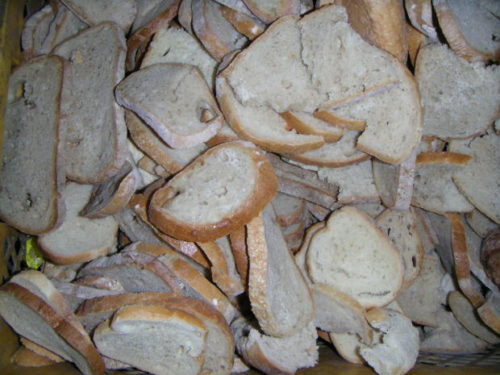 Lot removable containers pushing a baby stroller old, who managed to found treasures. Jumpy stroller that push them as punishment. In doing so, it would be sufficient just tiny, draw something, set something tiny and repair work with removable truck containers would be much easier. Well, if these people are systematically approached in this way of life, they would not become homeless.

Most people collecting containers with plastic bags. After two in each hand walking from the block of flats block of flats prekutávajú for container and container looking for. Something to eat, remains in the bottle or some better shoes than those which they break up on their feet. I’ve even heard of people who were looking for the old bread. They wore There is an old farmer, who bred him farmhouse bread and gave these hunter-gatherers wine and hot food. I do not know if I wanted to keep the animals from which milk and then I eat meat, bread from the containers …

One property but have all containers hunters, with rare exceptions, common. Mess, after which they left in containers. Many residents giving trash in a container in the plastic bag. These collectors are removed from their container rozhrabú and useful content to take with you. Leave the rest on the ground. Pober to another container and allowed garbage on the ground. 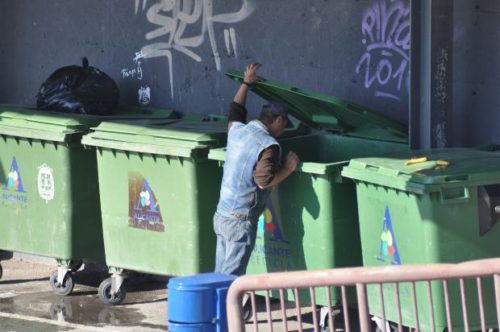 Many people think that these people have in life misfortune, bad luck, coincidence found themselves on the street. But after a short while the time to observe them, how they behave and you discover that they are where they are by their fault. Recklessness, or unwillingness to maintain order only to improve the condition of its equipment (not only those stolen strollers or shopping carts) are not due to their condition, but the cause of their current position.

Basically, I do not mind. Just let do not make a mess around the containers at the house where I live and where they jointly maintain order and nice environment. For them once the contents of the bottle, what they find in the container, so did not taste…

This entry was posted in Uncategorized and tagged money. Bookmark the permalink.